With perhaps the most important midterm elections in a generation happening tomorrow, we offer you: an invitation to join us in a post-election reporters roundtable on November 16th; a video from our September 14th forum, featuring the trenchant commentary of New York City Deputy Mayor J. Phillip Thompson on whether a democratic capitalism is possible; midterm polling data that shows white working-class voters in the Midwest returning to the Democratic Party; and a summary of ballot measures in tomorrow’s elections that seek either to expand and further contract our democracy. 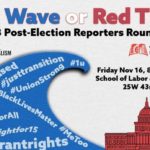 What do the election results tell us about the current political landscape?  How did voter suppression and disenfranchisement define elections?  What do the Democratic and Republican Parties now stand for? What challenges and possibilities now face people and organizations committed to social and economic justice? Speakers include: John Nicholas, National Affairs Correspondent, The Nation; Contributing writer, The Progressive and In These Times; Basil Smikle Distinguished Lecturer, CUNY School of Labor and Urban Studies; commentator, CNN, MSNBC, The Hill; and moderatored by Daryl Khan, Distinguished Lecturer & Director of the Urban Reporting Program, Craig Newmark Graduate School of Journalism at CUNY…

Is a Democratic Capitalism Possible? 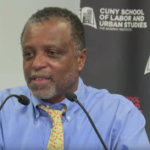 “I think that capitalism is not just an economic system or an economic theory, it how our politics and culture operate, its an entire system, its a way of life. And I think capitalism is being challenged by three things: demographics, climate change and technology. And I will make an argument for that…The U.S. is only a couple of decades away from becoming a majority non-white nation. This is a challenge to capitalism because from its very beginning a system of inequality had to have a way of winning the majority of people to its side. The system we created, the kind of democracy we created, depended on racial hierarchy…”

Why are Democrats looking so strong in the Midwest? 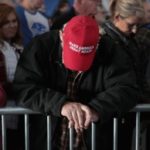 …national polls suggest that white voters without college degrees favor Republicans in 2018, but the margin between the two parties is likely to narrow compared to 2016, when Clinton lost that bloc by more than 30 percentage points. That shift has outsized influence in the Midwest, which has higher populations of white voters without college degrees than many other parts of the country. So the Democrats’ problem with white working-class voters may not be as severe as it looked on Election Day 2016…

These are the biggest 2018 ballot measures on elections, voting rights, gerrymandering, and more 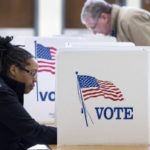 Republican gerrymandering, voter suppression, and our very electoral system itself often present great challenges to preserving free and fair elections in America, but voters will get the chance to weigh in on many key ballot measures in November that could help fix these problems—or exacerbate them. Below, we take a look at the most important ballot measures that affect redistricting, voting rights, and campaign finance, and what their impact could be…