Establishing and enshrining changes in the workplace, where sexual harassment so often occurs, should be a first order priority for organized labor. Yet, as Ana Avendaño writes in her article for New Labor Forum, “with some notable exceptions, the labor movement has been a bystander, or even complicit, especially in male-dominated industries where harassment is most pervasive.” Avendaño examines labor’s troubled legacy, including some unions’ efforts to weaken the Equal Employment Opportunity Commission, and steer claims of racial and gender discrimination away from the courts. She also describes the effective work by a handful of unions to make their industries more equitable and safe for women workers, and suggests how this work provides a model for organized labor to prevent sexual harassment in the workplace and in its own union halls.

The #MeToo movement has also forced unions and other social justice organizations to reckon with their own internal cultures that enable, and sometimes breed, racial and gender discrimination. A recent case in point is the Southern Poverty Law Center, long admired by progressives for its work in tracking and prosecuting hate groups. We include here a New York Times article that discusses the accusations of racial discrimination and sexual harassment in that organization that have now forced the departure of its top leadership. What next? Reversing decades of weakening labor law and shoring up the fragile prosecutorial footing provided by Title VII of the Civil Rights Act seem like two necessary, albeit uphill, battles that must be waged to stop ubiquitous workplace sexual harassment. 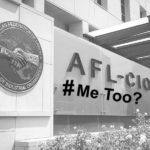 The #MeToo movement represents an opportunity for the labor movement to authentically connect to the experiences of women in all workplaces, and show that a union card means protection from sexual harassment, whether the harasser is the boss or a coworker. To seize that opportunity, the labor movement must confront hard truths and contradictions. Unions have played a mixed role in the long path to reckoning. Sexual harassment violates the fundamental principles of fairness and equity for which unions have fought so hard….
Read the full article here. 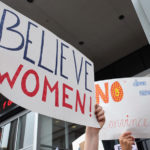 Back in October 2017, women took to social media to share their experiences of sexual harassment. The #MeToo movement went viral, spurring a national and global discussion on the issue. Many women have since come forward with their experiences of being sexually harassed by colleagues and bosses, costing influential men in the entertainment industry and the media — including journalists here at NPR — their jobs. And yet, there has been little data collected on the national prevalence of sexual harassment, says Michele Decker… 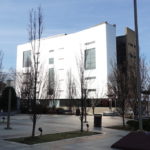 Known as one of the most celebrated civil rights lawyers of his time, Morris Dees spent nearly a half-century building the Southern Poverty Law Center into one of the nation’s wealthiest and best-known legal advocacy groups. He faced down the Ku Klux Klan in the 1980s, and developed his organization, founded in 1971 near the church in Montgomery where the Rev. Dr. Martin Luther King Jr. preached,…
Read the full article here.
The Rape of Recy Taylor Film Screening
Co-sponsored by Women Organizing Network (WON) 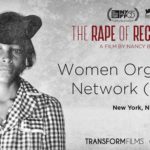 We are hosting a screening of the award-winning documentary, The Rape of Recy Taylor, at 7pm on June 11th, 2019. Recy Taylor, a 24-year-old black mother and sharecropper, was gang-raped by six white boys in 1944 Alabama. Common in Jim Crow South, few women spoke up in fear for their lives. Not Recy Taylor, who bravely identified her rapists. The NAACP sent its chief rape investigator Rosa Parks, who rallied support and triggered an unprecedented outcry for justice. Our film exposes a legacy of physical abuse of black women and reveals Rosa Parks’ intimate role in Recy Taylor’s story. An attempted rape…
Save the Date: June 11th 6:00PM