Highlights for May 28th

In the spring 2019 issue of New Labor Forum, just off press, Gabrielle E. Clark examines the push/pull factors that led to the dramatic rise of Mexican migration to the U.S. between 1970 and 2000. She argues that – despite the marked decline of that migration during the past two decades and the fact that there has never been a mass migration of Central Americans to the U.S. – detention and deportation along the southwest border have since become a big business. And just how big a business restrictionism has now become is simply jaw dropping. According to a report by the Migration Policy Institute released earlier this month and included here, “in fiscal year (FY) 2018, Congress allocated $24 billion to fund the principal immigration enforcement agencies . . .[or] 34 percent more than the $17.9 billion allocated for all other principal federal criminal law enforcement agencies combined.” Included here, too, are articles from The Nation and The Intercept that capture the cruelty and immense human toll of the expanding immigration industrial complex.

The Business of Mass Migration: Fear, Exploitation, and the Political Economy of Immigration Restriction 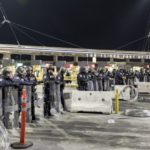 On November 8, following a military buildup at the United States’ Southwest border, Trump’s Department of Homeland Security (DHS) issued an interim rule mandating that asylum seekers from Central America enter the United States at official ports of entry for processing. To do otherwise, as Trump proclaimed the following day, will be considered an “unlawful entry” barring migrants from…. 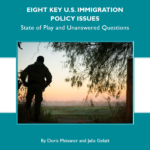 How Private Contractors Enable Trump’s Cruelties at the Border

By David Dayen, The Nation 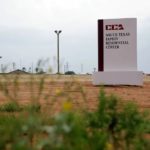 President Donald Trump has signed an executive order that ends family separations at the border by indefinitely detaining parents and children together. Such a policy is illegal. It violates a 20-year-old court settlement called the Flores Agreement, which limits how long and under what conditions children can be kept in immigration-detention facilities. Choosing to ignore Flores allows Trump to…

By The Intercept and The International Consortium of Investigative Journalists 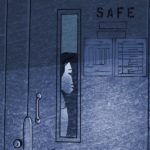 An investigation by The Intercept and the International Consortium of Investigative Journalists has found that ICE uses isolation as a go-to tool, rather than a last resort, to manage and punish even the most vulnerable detainees for weeks and months at a time. The Intercept’s and ICIJ’s reporting, which included a groundbreaking…