The 50th anniversary of the Stonewall rebellion — commemorated yesterday as New York City hosted World Pride 2019 – offers an opportunity to reexamine the demographics and political goals of the contemporary LGBTQ movement in the U.S.  While the media has for decades conveyed the image of the gay world as a white, middle-class, even affluent, one, the data simply doesn’t bear that out. According to  a study by UCLA’s Williams Institute,  the poverty rate of LGBTQ adults is, in fact, higher than for heterosexual adults. And nearly one in five members of same-sex couples in the United States are people of color. For just that reason, activists in the gay liberation movement a half century ago explicitly linked their struggle to broader movements, sometimes even anti-capitalist ones, fighting for social and economic equality.  Since the 1990s, however, a sizable portion of the movement came to train its sights more narrowly on legal rights, especially the right to marry and join the military, in part conforming to the normative expectations of middle-class America. 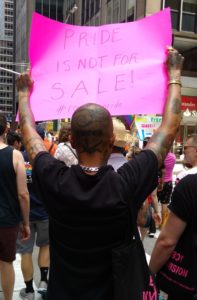 The fact that yesterday’s enormous World Pride/Stonewall 50 commemoration in New York City included the Queer Liberation march — an anti-capitalist, racial justice-infused alternative to the main Pride march  —  indicates a growing critique of the mainstream, assimilationist politics of the LGBTQ movement. We offer here two New Labor Forum articles on precisely these issues, one by Richard Blum, entitled Stonewall at 50: Whose Movement Is It Anyway? assessing the two marches and their diverging politics and constituencies; and another by Amber Hollibaugh and Margot Weiss, making the argument that the majority of LGBTQ people are poor and working-class and that the labor movement should take this fact into account as it seeks to organize in low-wage sectors where LGBTQ people make up a disproportionately high percentage of workers. And we close with an arresting poem Frank Bidart.

With this newsletter, we’ll be signing off for the summer and returning, as might be expected, on Labor Day. In the meantime, please consider subscribing or resubscribing to the print version New Labor Forum to be certain you won’t miss out on the trove of research, analysis, and new ideas offered in the pages of the journal.  We depend upon your support.

Stonewall at 50: Whose Movement Is It Anyway? 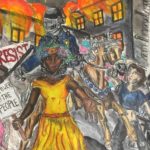 In late June of this year, millions of queer people descended on New York City to celebrate the fiftieth anniversary of the Stonewall rebellion. Fifty years ago, in the wake of gay icon Judy Garland’s tragic death, patrons of the Greenwich-village gay bar Stonewall Inn, among them, butches, drag queens, and other working-class queers, refused to tolerate yet another police raid and revolted, eventually…
Read the full article here. 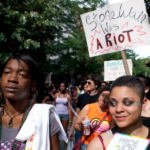 The LGBT movement’s laser-focus on marriage equality propagates the myth of gay and lesbian affluence as political strategy, leaving aside any analysis of class or economic inequality or poverty—much less an analysis of capitalism. LGBT people are typically depicted as affluent consumers with high disposable incomes, yet this is hardly the norm. The majority of LGBT/Q people are poor or working class, female, and people of color, who struggle to get a job or hold onto…
Read the full article here. 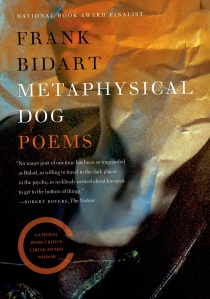 …Everybody already knows everything
so you can
lie to them. That’s what they want.
But lie to yourself, what you will
lose is yourself, Then you
Turn into them.
*
For each gay kid whose adolescence
was America in the forties or fifties
the primary, the crucial
scenario
forever is coming out…
Read the full poem here.