Thanks to a surge in union organizing around the country since 2021, the public now has a better understanding of the ruthless anti-union strategies of U.S. employers. One of these—stonewalling on bargaining to avoid a first contract—is currently in full view. Starbucks is a case in point. Last month, with 250 union election victories to their credit, Starbucks Workers United commenced collective bargaining with the coffee giant in New York and Arizona. Already negotiations have stalled. On October 25, the union filed unfair labor practice charges against the company for failing to schedule bargaining with 77 other unionized cafes and for failing to provide information needed by the union to prepare for negotiations. Also in late October, negotiations in Buffalo broke down over the company’s sudden refusal to accept the participation via Zoom of some members of the union’s negotiating team.
If unionized Starbucks workers manage to achieve a strong first contract, they’ll provide powerful momentum for millions of non-unionized baristas. The company knows this very well. For its part, Starbucks Workers United will have to continue finetuning its innovative organizing strategies, which are described in an article we offer here by John Logan. To accompany Logan’s analysis, we provide a first-person account by Alyssa Sperrazza, a barista trainer from Oklahoma City. Won over to the union cause early on, Sperrazza describes “learning as we go.” And in the latest episode of our Reinventing Solidarity podcast, Buffalo Starbucks worker-organizer, Michelle Eisen, and Amazon Labor Union president, Chris Smalls, trade their own heroic and very personal experiences of “building the plane as they fly it.” 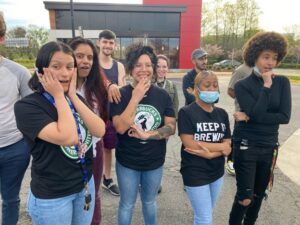 The first half of 2022 has been a remarkable period for Starbucks workers trying to form a union. After its first victories in Buffalo, New York in December 2021—at which Starbucks corporate management ran a blistering and unlawful anti-union effort—the union campaign has spread more quickly than even its most optimistic supporters could reasonably have expected. As of August 2, 2022, Starbucks Workers United (affiliated with Workers United–SEIU [Service Employees International Union]) has won 209 elections in thirty-three states . . . 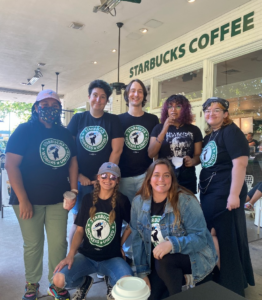 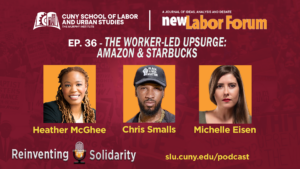 Solidarity against the odds is what workers managed to achieve at the JFK8 Amazon Fulfillment Center on Staten Island and at the Elmwood Avenue Starbucks in Buffalo, New York. In this episode, School of Labor and Urban Studies Distinguished Lecturer Heather McGhee gets lead organizers Chris Smalls and Michelle Eisen to recount each of their riveting stories. In captivating detail, they tell a 21st century tale of corporate union resistance, as well as a chronicle of the worker determination and ingenuity that found a way to overcome that resistance. 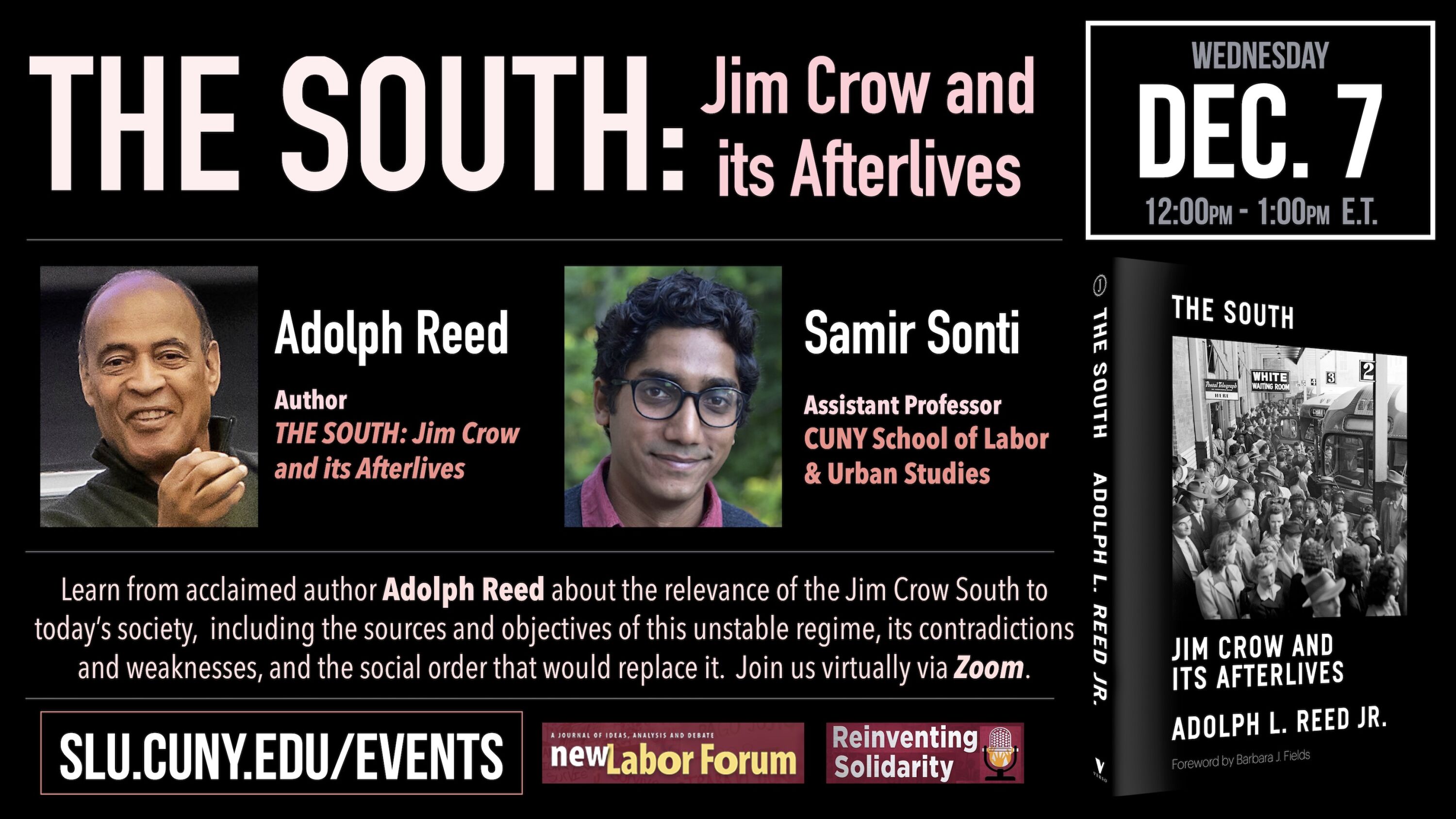