How far we’ve come since Anita Hill’s riveting testimony during the Clarence Thomas nomination hearings twenty-seven years ago! Now that the woman who has accused Supreme Court nominee Brett Kavanaugh of sexual assault has come forward, his hasty confirmation appears far less certain. His accuser, Christine Blasey Ford, says she’s willing to testify before the Senate Judiciary Committee. Should she do so, her statements are likely to acquire a heightened credence made possible by the #MeToo movement. With this news in mind, we offer Beyond #MeToo, an article from the current issue of New Labor Forum by social analyst Judith Levine. Levine surveys the working-class branch of the #MeToo movement and assesses the options—from the courts to unions to consciousness raising—available to blue-collar, service, and care workers as they confront widespread workplace sexual harassment.

We also draw your attention to a recent report by The National Women’s Law Project titled, Out of the Shadows: An Analysis of Sexual Harassment Charges Filed by Working Women. This report includes the findings that, between 2012 and 2016, Millenials and Gen Xers filed sexual harassment charges with the EEOC at over double the rate of Baby Boomers; and black women were disproportionately represented among those who filed complaints. Evidence included in the report shows that, although an estimated 87 to 94 percent of those harmed by sexual harassment never file a legal complaint, the tides are now turning.

The National Women’s Law Project has also produced an analysis of The Record of Brett M. Kavanaugh’s Critical Legal Rights for Women, which points to multiple causes for concern to women, people of color, and workers. High on the list of the concerns enumerated in the report would be Kavanaugh’s predisposition toward limiting individual rights. Kavanaugh is quoted saluting former Chief Justice for “stemming the general tide of freewheeling judicial creation of un-enumerated rights that were not rooted in the nation’s history and tradition.” Among those un-enumerated rights, one might argue, are indeed the very constitutional amendments upon which so many of us have come to rely. 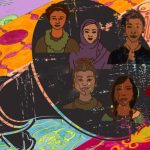 For months, while Harvey Weinstein’s mug dominated the front pages, surrounded by accounts of the sexual villainy of powerful men in entertainment,  journalism, sports, the arts, and academe, left media and the labor press were pointing out that sexual harassment is an unequal-opportunity afflicter. Of the eighty-five thousand sexual harassment complaints that came to the U.S. Equal Employment Opportunity Commission from 2005 to 2015…

Out of the Shadows: An Analysis of Sexual Harassment Charges Filed by Working Women 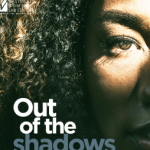 In order to paint a clearer picture of workplace sexual harassment, the National Women’s Law Center analyzed sexual harassment charges filed with the U.S. Equal Employment Opportunity Commission (EEOC) by women in the private sector between 2012 and 2016…This report features an intersectional analysis of the charge data by race, additional bases of discrimination alleged, and age; and an analysis of the charge data by industry and size of employer. This analysis establishes a critical baseline for evaluating the impact, if any, of the MeToo movement on filings with the EEOC in future years…

The Record of Brett M. Kavanaugh on Critical Legal Rights for Women 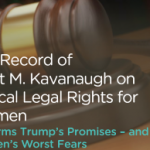 …President Trump nominated D.C. Circuit Court of Appeals Judge Brett M. Kavanaugh on July 9, 2018. Over the last two months the National Women’s Law Center has examined Kavanaugh’s publicly available record. In reviewing a nominee’s record, the National Women’s Law Center focuses, in particular, on the constitutional right to liberty and personal decision-making, including the rights to abortion and birth control, and on antidiscrimination protections, including prohibitions against sex discrimination under…