As unionization campaigns continue to heat up around the country – from Starbucks and Amazon to tech and video game worker organizing – we bring you a debate regarding the optimal model for collective bargaining in the U.S. In the current issue of New Labor Forum, Larry Cohen, former president of the Communication Workers of America, argues for establishing sectoral, or industry-wide, bargaining. Cohen contends that this form of bargaining – common in most industrialized countries – would go a long way toward taking wages out of competition and raising labor standards in this country. University of California law professor Veena Dubal, by contrast, warns against this mode of bargaining. Citing cases in California and New York, Dubal shows how proposals to advance sectoral bargaining for Uber and Lyft drivers restricted their bargaining rights and fundamental worker protections. Anyone concerned about the fact that fully ninety percent of workers in the U.S. have no right to collectively bargain at all will find it essential to grapple with both sides of this controversy.

A Debate on Sectoral Bargaining 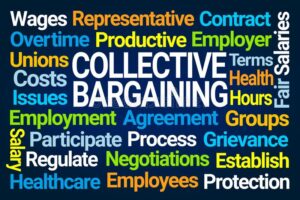 The pros and cons of sectoral bargaining are the subject of our “On the Contrary” section in the latest issue of New Labor Forum. Larry Cohen, former president of the Communications Workers of America, makes the case for sectoral (industry-wide) bargaining, the rule in most developed countries outside the U.S. Sectoral bargaining, he contends, would eliminate worker competition and . . . 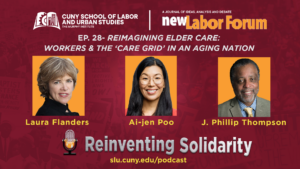 Nearly alone among industrialized nations, the U.S. leaves the elderly, the infirm, and their loved ones to fend for themselves in the complex tangle of what passes for a system of elder and long-term care. Our speakers describe the human toll of this for-profit system that is simultaneously unaffordable for those who need care and unsustainable for the low-wage workers who provide it. As social justice visionaries, our speakers also outline bold policy solutions currently being advanced by coalitions that are reimagining elder and long-term care. 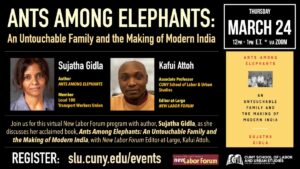